Coyotes pose a problem throughout the United States. These predatory animals have adapted to urban landscapes in 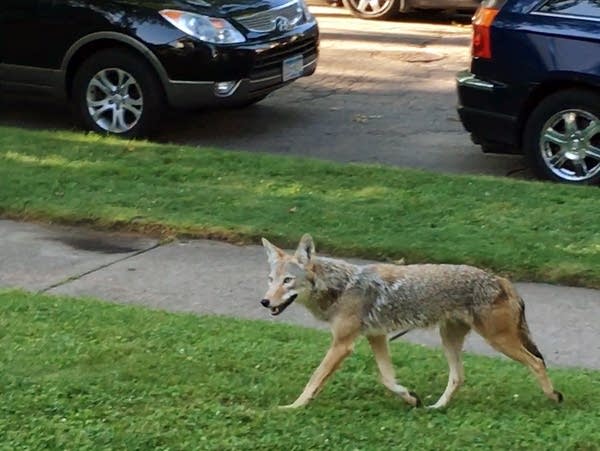 addition to their native rural lands. They pose a danger not only to pets but also to humans. However, coyote attacks on people are very rare.  The first step in dealing with coyotes is being able to recognize them.

Coyotes are wildlife and are no different than squirrels, rabbits, geese, etc..  The management of wildlife is regulated by Illinois laws that the Village of Skokie is bound to follow. The Village's policy is to respond to wildlife complaints when there is a specific animal that, through it's actions, is endangering the life or safety of someone or if the wildlife is injured. Dangers from coyotes are often misinterpreted by individuals. There are easy and practical steps people can take to be and feel safe and coexist with coyotes and all wildlife present in the Village.

The below document from the Chicago Animal Care and Control Coyote Management and Coexistence Plan explains issues and positions with regard to dealing with coyotes. It also provides a checklist of steps residents can take to be more safe.

Coyote Characteristics
The coyote is a member of the canidae (dog) family along with wolves, jackals, coyotes, foxes and domestics dogs. At first glance, a coyote might appear to be a dog, but upon closer examination, you’ll notice telltale differences:

While these characteristics are common in some dog breeds, they are exaggerated in coyotes. Their fur tends to be nondescript—in hues of brown and/or gray.

Coyote Safety
Since a coyote can make a four-foot horizontal jump, both you and your pets are in danger. It’s best to avoid areas where coyotes have been spotted.

Coyote Hazing
The object of coyote hazing is to make the coyote leave the area, not to harm the animal. Use it to deter the animal from doing harm to you and your pet. Hazing can reinstill the natural fear of humans into a coyote which has become habituated to humans.  When confronted with a coyote, follow the rules below: